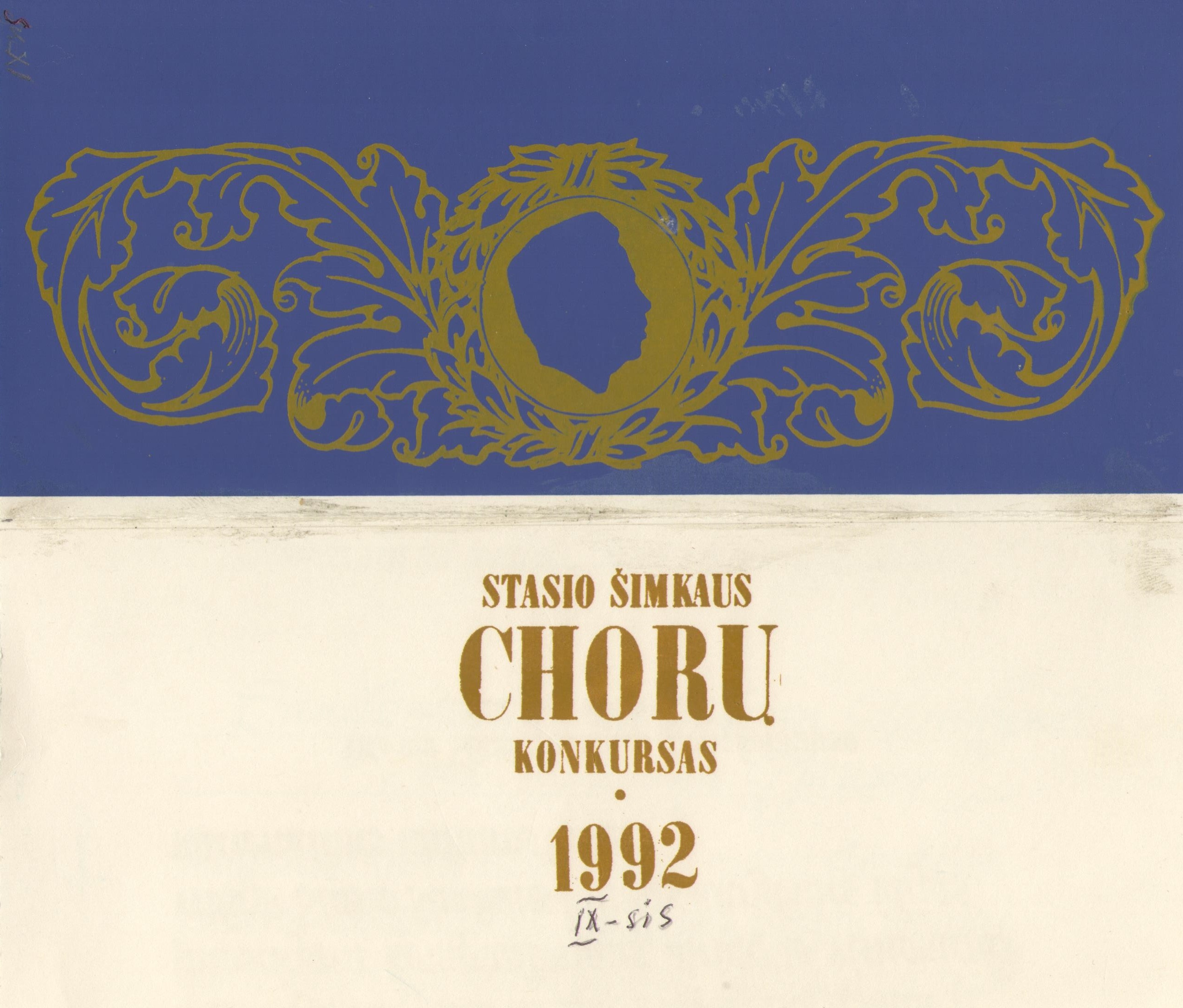 Stasys Šimkus‘ Choir Competition took place on the 24th – 25th of October, 1992. Sixteen choirs from Lithuania, Latvia and Estonia took part in this competition. Also a choir from Sweden took part in the competition as a guest. The choirs competed in four groups: female, male, mixed and mixed chamber choirs. In the group of female choirs, the laureate of this competition was “Liepaitės” from Vilnius (leader A. Gudelytė). In the group of male choirs, the first place and the name of the laureate was not awarded. In the group of mixed chamber choirs, the laureate was the chamber choir “Mainor” from Tallinn (leader Olari Elts). In the group of mixed choirs, the choir of Vilnius J. Tallat-Kelpša Higher Music School (leader Juozas Talžūnas) became the laureate. Special prizes were awarded to choir “Gilija” from Klaipėda (leader Remigijus Songaila) and mixed choir of Vilnius for the best performance of a S. Šimkus’ song. The choir of J. Tallat-Kelpša music school (leader Juozas Talžūnas) was announced to be the best Lithuanian choir which took part in the competition. The chamber choir “Mainor” (leader Olari Elts) was acknowledged as the best foreign choir. This choir also received an award for the most valuable programme. The mixed choir of S. Šimkus‘ Higher Music School from Klaipėda was granted the prize for the best performance of a marine-theme piece. The male choir “Aukuras” from Klaipėda (leader Robertas Varnas) was awarded for being the youngest choir.