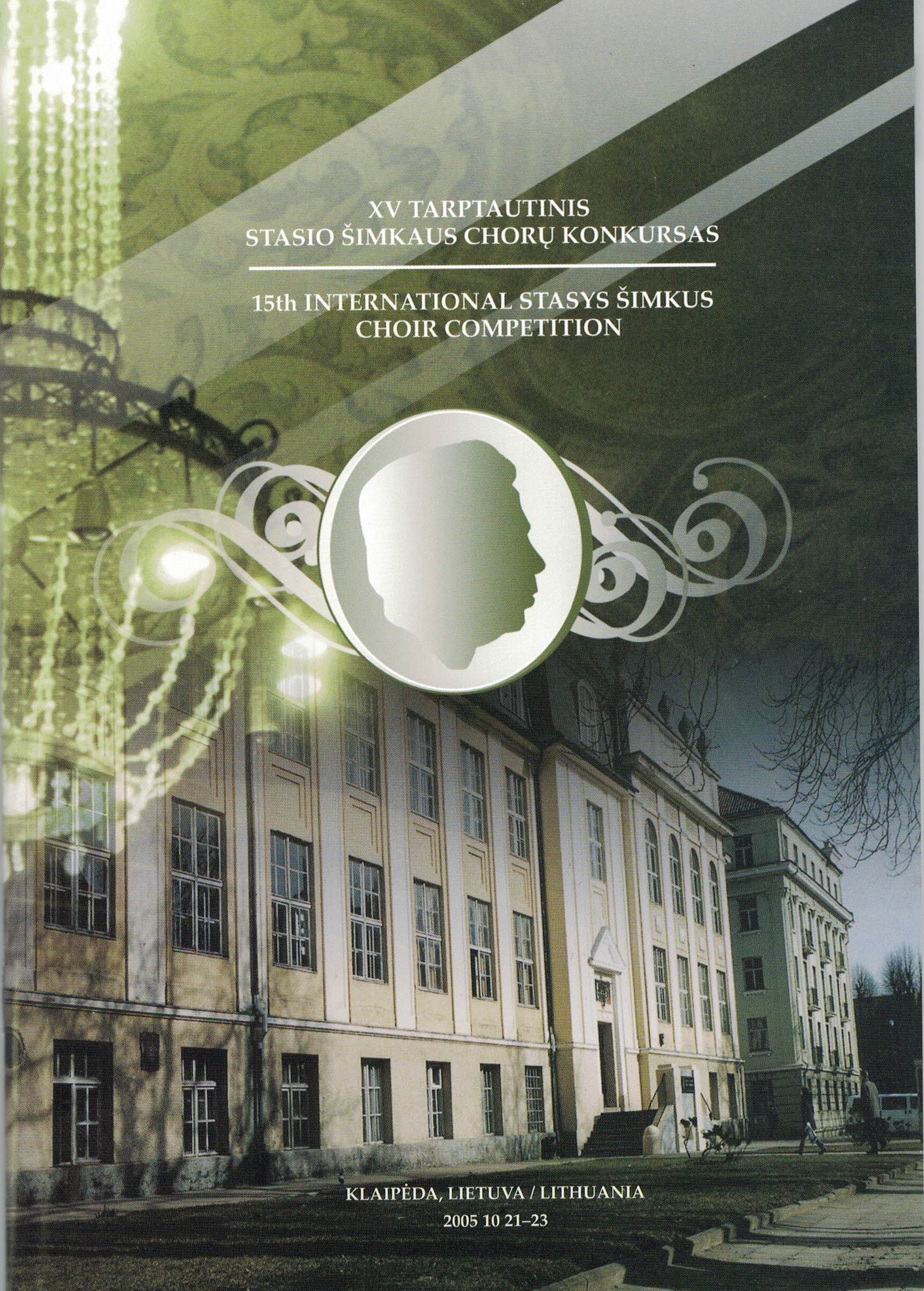 As THE FIFTEENTH International Stasys Šimkus Choir Competition was approaching, Professor Algis Zaboras left Klaipėda Choir Association “Aukuras” and resigned from the position of the chairman of the organizing committee and left Klaipėda. Former chairman Associated Professor Robertas Varnas temporarily took this position and, being extremely experienced, successfully managed all preparations for the competition.

The GRAND AMBER prize and the 1 000 Euro bounty was awarded to the male chamber choir “Revalia”, leader Hirvo Surva (Estonia).

Special prize (founded by the Center of Lithuanian Folk Culture) was granted to the male chamber choir “Revalia”, leader Hirvo Surva (Estonia), for the best performance of the work of composers of their country.

Special prize (founded by the Department of Education of Klaipėda) was granted to the choir “Perpetuum mobile” of Kaunas Aleksandras Kačanauskas’ Music School, leader Beata Kijauskienė (Lithuania), for the most valuable programme performed in the competition, in the children’s choirs’ category.

When the 15th International S. Šimkus‘ Choir Competition was over, the management of Klaipėda Choir Association “Aukuras” changed. As Robertas Varnas resigned from the position of the chairman, Associated Professor Algirdas Šumskis took over these duties. It was he to whom the main work load while preparing for the 15th International S. Šimkus‘ Choir Competition and other events organized by “Aukuras” fell. Vytautas Blūšius, Robertas Varnas, Algis Kliševičius, the Municipality and other people and organizations were also involved in this work.

In 2006 Algirdas Šumskis was elected the new chairman to overtake the lead of Klaipėda choir Association “Aukuras”. He also got the responsabilty of organizing The International S. Šimkus‘ Choir Competition.