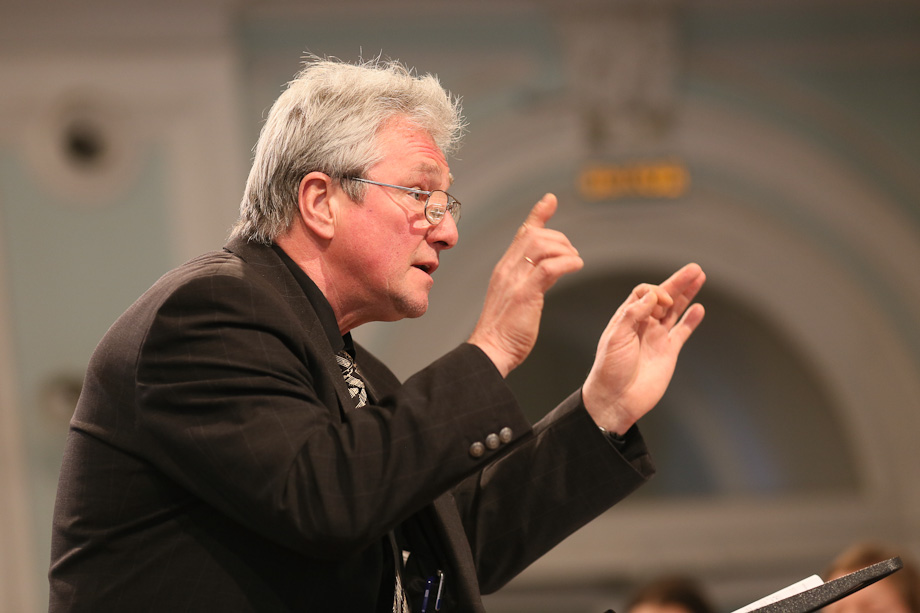 Vytautas Miskinis conducted the Kaunas State Choir and Vocal Ensemble of the Museum Musicum. Prof. Miskinis is the Artistic Director and Chief Conductor of the all Lithuanian Choir Festival. He has led the choral performances of this choir in some 25 different countries. He has conducted a great number of compositions for choir with symphonic orchestras. He also lectured and held seminars on the subject of ‘musical education and conducting’ in numerous countries all over the world. He has participated in numerous national and international choral events as composer and advisor. He also has conducted workshops in several Europa Cantat Festivals, World Choral Symposiums, World Choir Games. He is a member of World Choir Council.

Prof. Miskinis has composed approximately 400 religious motets a cappella, 18 Masses, Magnificat, St. John Passion, 4 Cantatas, 2 Musicals with orchestras and about 400 secular songs, which are performed and recorded by choirs throughout Lithuania and the rest of the World. A great number of his  compositions have been published not only in Lithuania but also in France, Germany, Slovenia, Italy, Spain, Japan, Singapore, Latvia, Russia and USA. He is awarded by many Governmental and National prizes.